Marli Siu is a Scottish film and theatre actor and writer who is widely recognized for playing Lisa in John McPhail’s apocalyptic musical film “Anna and the Apocalypse” (2017).

Her date of birth is not yet known.

She was born in Forres, Scotland to a Scottish mother and a Hong Kong-born father.

Since she grew up in rural Scotland, her exposure to the world of drama was limited.

She attended the Edinburgh Napier University in Edinburgh, Scotland to gain the necessary experience. She graduated with a first class Bachelor of Arts (Honours) degree in Acting and English Literature.

Her love life is not yet publicly known.

As a result of her graduate placement, she won the Dundee Rep Scheme Award in 2015 and joined the Dundee Rep Theatre in Dundee, Scotland. She acted in numerous plays for the theatre, including “Much Ado about Nothing” in which she played the hero and was nominated for the prestigious Ian Charleson Award. Her first professional work as an actress was in the short film “Run 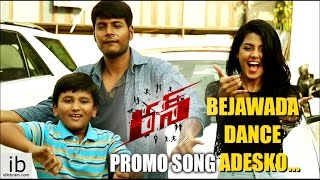 After featuring in an episode in the seventh season of BBC’s popular sitcom “Still Water” (2002), Marli appeared in the lead role of Echo in the fourth season of CBBC’s BAFTA-winning TV series “Dixi” (2014).

For her outstanding performances in many of her roles, the Screen International board named her in their “Stars of Tomorrow” list in 2018. She was also seen in Scott Graham’s action thriller “Run” (2019) and is also a part of his  “We Don’t Talk about Love”.

She starred in the TV series “Alex Rider” (2020) which is based on the fictional super-spy from novels Stormbreaker and Point Blanc by Anthony Horowitz.

As a writer, Marli has written the twelve-minute short film “Isla” (2017) and co-written “Dead Letter Office” for the 2015 Edinburgh Film Festival.